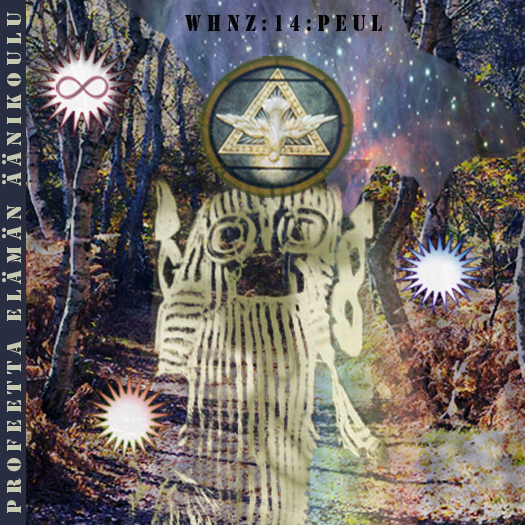 About this album:
Music on this album was a fiction, but now after it's released, it's a fact. Produced and managed by a fairy tale wizard Profeetta Elämä, in a year 2008, in Finland. He was inspired of using noises and sounds as a tool for his prophecies and manifestations. After few years of struggle against corrupted and rationalized music business, this album finally found a way to people's ears. Sounds were composed in a fairy tale children story landscape, and transferred with special Profeetta Elämä's spell-methods to our cryptic world. He is teaching us to listen his world, not only him, but all those creatures which are living with him. His world is open and now shared to others.
More about Profeetta Elämä:
He was born a long time ago, so long time ago, so we can't even when it was exactly. But when he was in his mid-age (we can't say how much it is in our world), he started to be more and more inspired of alchemical lifestyle, and about magic spells too. After learning several years (or Sun Cycles, as they speak over there) of these eccentric and esoteric methods, he managed to find a way to connect between the worlds. It was a huge revolution in his brains, but unfortunately it was still too much for many to understand. He continued, and finally found sounds and noises from some local lake (underwater, quite deep too). With these new tools he created a system which helped him to open the magic tunnels between all the worlds (but mostly only those which was enough interesting for him). So far, he made only this one and only album "Profeetta Elämän Äänikoulu", and we don't know if there is more coming or not. Some rumors say, that he already started some other system, with other tools, for other purpose, in a neverending process of his prophecies.
We Have No Zen!

We Have No Zen
Netlabels